How Built For The Trades Got Started

In this episode, our Founder Dan Dowdy shares his story of where he came from and how Built For The Trades got started. Dan is a second-generation tradesman, growing up in the family business, learning about hard work, God, and plumbing from the time he could walk.

“Everyone has a story to tell and is the core of who you are as a unique individual.”

In this episode, our Founder Dan Dowdy shares his story of where he came from and how Built For The Trades got started. Dan is a second-generation tradesman, growing up in the family business, learning about hard work, God, and plumbing from the time he could walk.

“As humans, we tend to go the path of least resistance.”

At an early age, Dan experienced two tragic accidents that forever changed his family dynamics while also teaching him the fragility of human life. As time went on, he played baseball and went off to college to realize he wanted to come back home and marry his high school sweetheart, buy a house, and start plumbing. He did exactly that and started working a truck within his family business upon returning home, becoming the youngest Master Plumber in Texas history.

In 2010 his father approached him about taking on a more significant role within the business without much training. As they grew, it was apparent that he needed to hire a coach to help him reach his and the business’s full potential. However, life became very focused on himself and not concerned with others as things progressed—this caused loss of good team members, difficulty with family relationships, and ultimately a challenging time.

During this period, Marshall was placed in Dan’s life through bow hunting and became a significant influence. Not long after this newfound friendship, Dan experienced another tragic loss of loved ones, and shortly after that, his friend Marshall.

After all the tragedy he experienced, it brought on a more significant question in Dan’s mind of, “What is my God-sized dream?” Which led to getting re-baptized and brought a new passion of following God’s plan for his life in leading business owners to transform other people’s lives, not just making more money.

After making changes in his business and seeing the changes in his staff and company culture, Dan set out with a gentle nudge from a mentor, his wife, and a handful of friends to influence people’s lives through leadership coaching.

That is when Built For The Trades was born, with a vision of serving others in the trades and bringing them closer to God while becoming the best version of themselves.

Be sure to connect on social media! 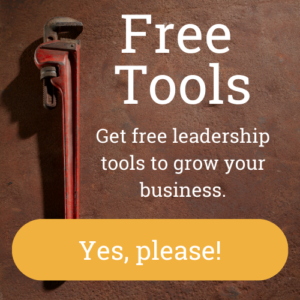